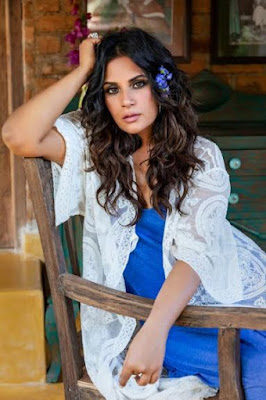 Every year, the whole world celebrates the month of June as LGBTQ+ Pride month to commemorate the Stonewall riots that happened in June 1969 which became a significant milestone in the LGBTQIA+ movement. Pride month is dedicated solely to the community and is used to create awareness about the stigma about the non-binary gender spectrum. During this time, it’s all about teaching acceptance, dignity, equality, educating pride history, and most importantly, love. Joining the pride celebrations this year is Richa Chadha via her new social media initiative, The Kindry - which amplifies individual stories of hope and selflessness in these tough times.

For Pride month, Richa through her social initiative is doing a series of things. The page has featured stories like that of Kushal Roy - a young psychotherapist based out of Kolkata who runs a mental health and grief counseling helpline free of cost. Another feature celebrates a group of youngsters in Kashmir - Uzair, Junaid, and Khushi Mir, who are helping feed the trans community in Kashmir. A third story features the journey of Dr. Aqsa Shaikh, the first trans-woman to head a vaccination center in India, who is an inspiration to thousands as a medical professional, a philanthropist, and an artist. The insta handle also will be regularly doing live sessions this month with these everyday heroes, who inspire many simply by being themselves. Even, several budding musicians will be dedicating songs to the community through these interactions.

Richa tells us, “LGBTQ+ Pride month in India this year has gone virtual because of the global pandemic. On The Kindry, we’re very happy to celebrate the same by covering stories of heroes among the community who are helping one another out during these apocalyptic times. Their stories are not only moving but also filled with love and empathy. Last week, a queer college student from Delhi shared his coming-out story. My co-founder Krishan Jagota and I received several DMs from our followers talking about how they also felt braver to come out after watching our live session. Kindness is the need of the hour and during this time. We’re all in need of love and hope as will still struggling to cope with losses due to the pandemic. With the help of artists, we hope to bring some virtual cheer to the lives of our everyday heroes as well.”

The new music video depicts five boys on a mission to save the human race from a world overrun by machines. The members of TOMORROW X TOGETHER manage to rescue people by feeding pirated broadcasts and disrupting the machine network, but are eventually apprehended and penalized with the maximum sentence in court. As the story progresses, we discover that the five boys had already infiltrated the main server with a code of “emotion” unidentifiable by the digital population. The science fiction-esque music video ends on a festive and celebratory note with the destruction of the machines. Within this story, it is evident that human emotion is the true “magic” beyond all wonders imaginable.

“Magic” is a trendy Disco pop track and TOMORROW X TOGETHER’s first English song, released as part of the band’s second studio album, The Chaos Chapter: FREEZE. It is a bright and refreshing summer song that celebrates “your” magical power to melt the ice around me. The song features a truly dynamic performance including the song’s signature choreography ‘Magic Moves’ which uses hands to depict magic raining down from the sky.

Following the release of The Chaos Chapter: FREEZE, “Magic” became the  #1 Most Added on Mediabase Top 40 Add Board (June 1). TOMORROW X TOGETHER also made their performance debut of “Magic” for the first time on GMA on June 10, and will be making a reappearance on June 12 to perform their new title track, “0X1=LOVESONG (I Know I Love You) feat. Seori.” The band is also set to perform “Magic” on The Late Late Show with James Corden on June 14 (CT). 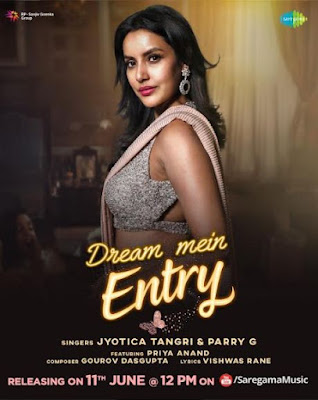 Saregama’s upcoming single ‘Dream Mein Entry’ is the quintessential dance track that’s bound to get you into party mode.

Sung by Jyotica Tangri and Parry G, with music by ace music director Gourov Dasgupta, the video features Fukrey actress Priya Anand. The song is releasing on 11th June on Saregama Music Youtube channel and across all music streaming platforms. 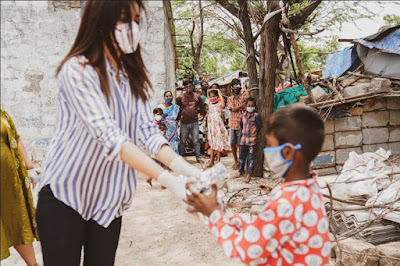 India is facing the worst health crisis of all time. With each passing day, the COVID-19 keeps bringing newer problems to the forefront. In this difficult time, we must come forward and help as much as possible. Actor Raashii Khanna has swung into action to help the poor families who are worst affected by the lockdown.

She has been actively working to help people in need during the ongoing crisis. Raashii's initiative #BeTheMiracle has taken up the initiative to distribute food to the needy. She has been working tirelessly during the covid times helping the ones who have lost their livelihoods. Raashii has not really concentrated on speaking aloud about it because she prefers to work in silence. However, after being pushed by her family and friends, she has decided to speak about it, to encourage like-minded and kind-hearted people to come forward and help those who need help in this pandemic.

With #BeTheMiracle Raashii is associating with organisations like Roti Bank and many other volunteers who are also helping animals that have been left out with no food or water especially during the lockdown and some old age homes. After working on the ground she has realised that the donations from family and friends are not enough. They were just a drop in the ocean. Her team has documented a video showing the ground reality, hoping to encourage people to come forward and help.

Talking about the initiative, Raashii Khanna shares, "The ground reality of people suffering through the pandemic is heartbreaking. #BeTheMiracle is my way of doing as much as I can for them. I am also blessed with a brave enough team to step out during the pandemic just to bring to you the reality of peoples’ suffering. It’s really bad out there for many families, and some of them are literally on the brink of starvation. I would really want people to open their hearts and donate because literally, every bit counts. It doesn’t have to be an exorbitant amount. We have to realise that we are all in this together and only together can we overcome these difficult times. And together we can be a miracle in someone’s life." 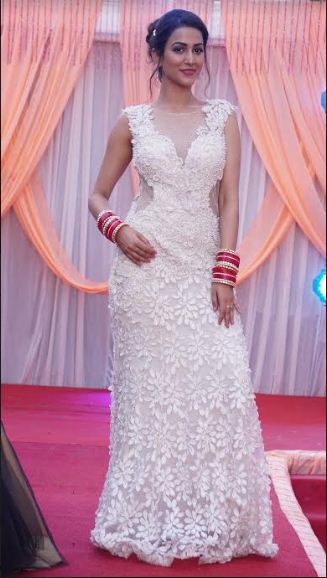 Ever since its first episode aired, Zee TV’s show - Teri Meri Ikk Jindri has been successful in entertaining the masses through its unique love story of two starkly different personalities - Mahi (Amandeep Sidhu) and Jogi (Adhvik Mahajan). Both the leads stars have been working hard to play their roles convincingly. While Amandeep has managed to portray Mahi’s nature accurately, she has also been focusing on building her character's style statement. In fact, she has been providing her personal inputs for her look time and again. After styling her second wedding look for the show partially, Amandeep decided to bring in a touch of elegance and chic for Mahi’s new look.

During the upcoming episodes of Teri Meri Ikk Jindri, Mahi will be seen entering the Mrs. Amritsar Contest and for a particular round, she will be seen gracefully walking the ramp while competing against her own sister. During the shoot, she wore an elegantly designed pure white, floral gown and the actress was extremely ecstatic to bring a fashionable twist to her appearance. Not only did she decide on her own makeup for the sequence, but she also gave her character a new hairdo.

Talking about shooting this sequence and styling her own look, Amandeep said, “During the Mrs. Amritsar Contest, Mahi has to compete in different rounds such as cooking, dancing and ramp walk. To be honest, I have never really walked the ramp before, so the whole experience was absolutely new and brought a fresh twist for my character. I also got into a different attire, and it was honestly a wonderful change because Mahi is usually seen in very simple and ethnic attires. But this time around, Mahi got a chance to wear a really pretty, white gown. It almost felt like I was attending a wedding in it because it had a completely different style and elegance. I also decided to style my hair into a bun rather than the usual straight and curly locks. I also did my own makeup and gave my own minimalistic yet elegant touch to the whole look. Everyone was really fascinated by the outcome, and this is one of Mahi's best looks according to me.”

She further added, “It was quite a lot of fun to get out of our daily comfort zone and try something new. I honestly find it quite enjoyable to do things which I have never done being Amandeep, be it cooking, dancing and several other things. The current track is really beautiful as Mahi will finally realize the love she has for Jogi, but will remain confused about her feelings. What happens next will surely keep the audience at the edge of their seats."

While Mahi puts on a glamorous look, will she win this competition against her own sister? Will Mahi be successful in all her endeavours? Or will there

Every year, the whole world celebrates the month of June as LGBTQ+ Pride month to commemorate the Stonewall riots that happened in June ...