21st April 2022, Mumbai: Collaborating with India’s oldest record label, Tiger Shroff is about to release a new version of his debut film billboard and dance floor hit- Whistle Baja. Straight out of his film- Heropanti-2, Tiger will also be popping and locking it on Whistle Baja 2.0- which will drop on April 22, 2022.

Voiced by the smashing Mika Singh, and Neeti Mohan, this piece has been composed by none other than Bollywood’s pride and life- A.R Rahman Ji. These peppy beats will take you down the memory lane, straight to Tiger’s debut film. Further adding some jazz to the recreation, the lyrics for this number have been crooned by acclaimed lyricist Mehboob Kotwal.

Sajid Nadiawala’s action-packed thriller, is also stuffed with a straight hit of songs and melodies. Starring Tiger Shroff, and Tara Sutaria, we cannot wait to see Tiger’s moves on the dance floor yet again.

Sharing the song’s teaser, Tiger wrote, “Memories rushing through as we bring to you the 2.0 version of our special song #WhistleBaja, out on 22nd April at 12 noon #SajidNadiadwala‘s #Heropanti2 Directed by @khan_ahmedasas (sic).”

Shivam Sharma is the 1st finalist in 'Lock Upp' 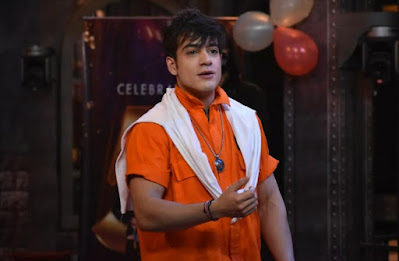 As Kangana Ranaut's fearless reality show 'Lock Upp' is heading towards its finale, the competition between the contestants is becoming more intense but exciting.

'Lock Upp' is one of the most highly viewed shows on OTT since its launch. Contestants are seen planning individually in this race to the finale. Recently, a game was played in the jail for a straight ticket to the finale. Anjali and Shivam were the last two contenders in the race to win a ticket. Two teams were divided in which Anjali had Poonam, Munawar, and Ali in her team, and Shivam had Payal, Azma, and Saisha in his team as soldiers. The game had four rounds, and the soldiers had to protect their Raja and Rani. If Raja or Ranji falls, the round will get over. In the first round, Anjali lost, and Saisha quit the round because of her injury.  In the second round, Payal and Prince played from Shivam’s side, and Munawar and Ali played from Anjali’s side. In the second round, Anjali fell, and Shivam won. For the third round, King, Queen, and one Soldier each. Shivam and Payal played against Anjali and Ali. Shivam single-handedly threw both Anjali and Ali out and won the third round and became the first finalist to enter the finale.

ALTBalaji and MX Player live-stream Lock Upp 24x7 on their respective platforms and allow audiences to interact directly with the contestants. Stay tuned to ALTBalaji & MX Player for more updates on the show. 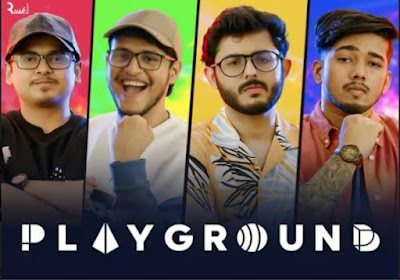 Expressing his excitement of Playground show, CarryMinati says, “With Playground, our vision is to garner a more mainstream appeal for gaming in India. There's nothing really available today that combines gaming and entertainment so well for the masses. This show aspires to do that in the long run. Playground has all the elements that makes it engaging & powerful - from strategy to mind games to camaraderie to thrills to emotions and much more. The gaming community finally is getting its' own deserving  platform and I can’t wait for everyone to be a part of it.”

Ahead of the launch of ‘PLAYGROUND’, the four gaming stars were seen provoking and challenging each other on social media under the digital campaign #GameKyaHai taking the entire Indian gaming community by storm. The digital marketing campaign was a leading trend on various social media platforms leading to heightened engagement and discussion amongst gaming enthusiasts reaching over 75 million fans within 24 hours.

With the future of entertainment tilting towards being immersive, engaging and interactive, gaming will gain even more popularity amongst the mainstream audiences. The gaming community in India has grown to over 400 million in 2020 from 250 million in 2018. Growing steadily for the last five years, it is expected to treble in value and reach $3.9 billion by 2025.

The first of its kind show will have the best of drama, gaming and entertainment in a never before setting that will expand the gaming entertainment to a wider cross section of audiences in India.