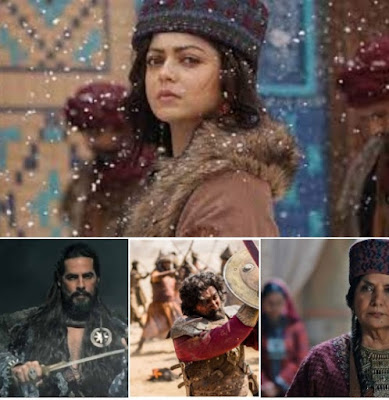 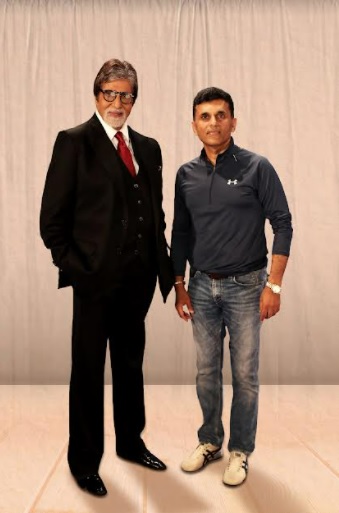 Movie lovers are waiting with bated breath for the release of Producer Anand Pandit’s mystery thriller Chehre. The film has been continuing to garner immense love from fans with all the posters, teaser, and hard-hitting dialogue promos that have been released till date.

We hear that the makers chose the stunning locales of Europe to give an authentic global touch to the mystery thriller and also execute sleek action sequences for the story.

What’s more, Mr. Bachchan despite several challenges, magnificently rose to the occasion and inspired the entire team with his legendary professionalism!

Producer Anand Pandit said, “We wanted to shoot in unexplored scenic locations of Europe to provide due justice and authenticity to the script. The incessant snow had indeed made shooting difficult in some places but thanks to Mr. Bachchan and the entire team’s sheer professionalism everything went smoothly. Even in sub-zero conditions when we thought it wouldn’t be possible to shoot, Bachchan Saab was the first one on set. His commitment was an inspiration for all of us on set. The entire crew pulled together with dedication to ensure the shoot wrapped up in record time, and it was an experience to remember for life!” 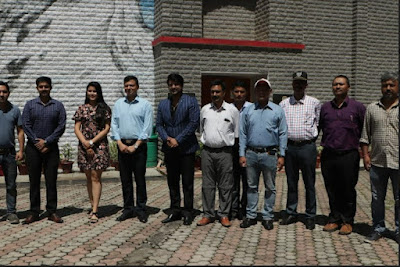 • Avinash Dhyani and Sanskriti Bhatt are in the lead role

• Sumeru will release in theaters on October 1st.

Filmed in the beautiful locations of Uttrakhand, the relationship of a father and his son has been well threaded in the film "Sumeru".

The film has been shot in beautiful locations of Uttrakhand like Dehradun, Harshil, Mussoorie, and Dhanaulti. After the weakening of the second wave of the corona pandemic, theaters have now reopened the film Sumeru will be released in cinemas across the country on 1st October 2021.

Director and lead actor Avinash Dhyani said, “Promotion of film Sumeru at Nehru Institute of Mountaineering is a moment of pride and honor for all of us. From this institute, climbers from all over the world have fulfilled the dream of making big records. Along with the beauty of Uttrakhand, our film will also tell the adventures of mountaineers.

Due to the coronavirus, cinema halls in many other cities including Maharashtra have not started yet, most of the films are releasing on OTT, so big filmmakers and studios do not want to take the release risk in the cinema halls but an independent filmmaker Avinash Dhyani is confident about the release of the film. He said "Sumeru is one such film whose grandeur you will get to see only on the big screen, now the impact of the pandemic has subsided. Filmmakers should come forward to save the business of releases, single screens and cinema halls. We are sure Sumeru will get love from the audience. 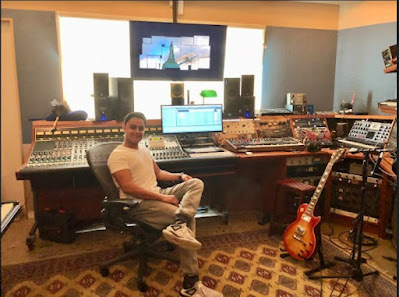 A-Zal's international journey has picked up tremendous pace as his work is being recognized by creatives in content streaming platforms. His soundtracks in Netflix's feature film 'Resort to Love', Marvel's 'Loki' and CBS Network's television shows 'NCIS : Los Angeles' & 'The Twilight Zone - Season 2' stands testament to this.

For A-Zal, it has come down to the tough part of selecting from the best of the best offers. He opines, "This was definitely a great surprise, as the offer came within a month after the release of Resort to Love. The project is currently under talks, but this has really got me excited. The scope of music is really cinematic and I can't wait to be a part of Narcos, as working with Netflix has always been a great experience. In this time, I also have had the chance to chat with Oscar winning producers and filmmakers, and I am absolutely loving this phase, where my talent is being recognized by the best in the business"

A-Zal's career shift from Bollywood to Hollywood is making wonders and his toughest decision to switch between the industries has opened up multiple doors for him. We are proud to see Indian talents making their mark in Hollywood. 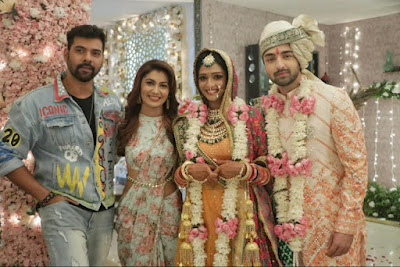 After several extremely successful collaborations, Zee TV and Balaji Telefilms recently presented viewers with a new and exciting story about life, love, karma and destiny. Set against the backdrop of Mumbai, Bhagya Lakshmi follows the journey of Lakshmi, a selfless girl of limited means, who despite her humble background and the curveballs life has thrown at her, always puts others’ needs before hers. The show went on-air recently and has been receiving appreciation from the audience for its amazing storyline

and the lead protagonists&#39; crackling chemistry. The viewers are in for a sweet treat as Rishi (played by Rohit Suchanti) and Lakshmi (played by Aishwarya Khare) are all set to get married. But this won&#39;t be like any other wedding! Rishi - Lakshmi&#39;s marriage will be the Sabse Badi Shaadi that you will ever witness, and you absolutely cannot miss it!

The Bajwa family and Oberoi family organised a dhamakedaar wedding and our bride, Lakshmi looked like a princess as she walked out in a bright pink and orange lehenga.  The dapper Rohit Suchanti wore a white and orange, floral print sherwani and we must say that the Jodi looked stunning together and stole everyone&#39;s hearts. To make the occasion even more special, Kumkum Bhagya stars Abhi-Pragya (Shabbir Ahluwalia and Sriti Jha), as well as Kundali Bhagya, stars Karan-Preeta (Dheeraj Dhoopar and Shraddha Arya) will be seen making grand entries.

We must add that Pragya looked enchanting in a pastel blue saree, while Preeta looked sizzling in a hot pink lehenga. What&#39;s more, is that they were seen having a gala time at the wedding with Lakshmi and Rishi.While the presence of Kumkum and Kundali stars will surely make you excited, wait till you see the Bajwa and Oberoi families dance their hearts out at the wedding!

Neha Kakkar, Tony Kakkar & Yo Yo Honey Singh team up for Kanta Laga 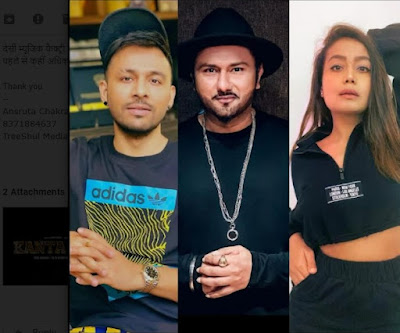 India's very own music label Desi Music Factory announces one of the biggest  collaborations in contemporary music, which will witness the magic of Neha Kakkar, Tony Kakkar and Yo Yo Honey. The upcoming sonic culmination of the three artists is titled Kanta Laga and it is all set to be ultimate party anthem of the year. Anshul Garg, President and Managing Director of Desi Music Factory hinted that  the three artists are likely to join forces not long ago. The label now makes it official with a text poster unveiled by it.

The trio are ready to offer a number that is destined to be a favourite on the dance floor. The fact that Neha Kakkar, Tony Kakkar and Yo Yo Honey Singh have some of the biggest hits to their credit in the last decade amps up the excitement among music buffs for the forthcoming anthem.

Anshul Garg, President and Managing Director of Desi Music Factory says, “We're happy to announce that three of the most loved hitmakers will be joining hands for our party anthem Kanta Laga. In times that are more uncertain than ever, we would like our music to be a welcome break for the listeners out there. We hope to make yet another splash in the independent music scene with this song.”


While the trailer of Pooja Entertainment's Bellbottom made the right noise ever since its release, the makers launched the very first song 'Marjaawaan' from the film today. This love number captures Akshay and Vaani's heartwarming romance.

Shot in the beautiful locales of Scotland, 'Marjaawaan' truely highlights the essence of the pure love. Donning stylish retro looks, the duo perfectly portrays all the ethos of eternal romance.

The song is written and composed by Gurnazar Singh, and the music is by Gaurav Dev and Kartik Dev. This beautiful rendition is sung by Asees Kaur and Gurnazar Singh. The song is out now on Saregama Music YouTube channel and all leading streaming OTT platforms. 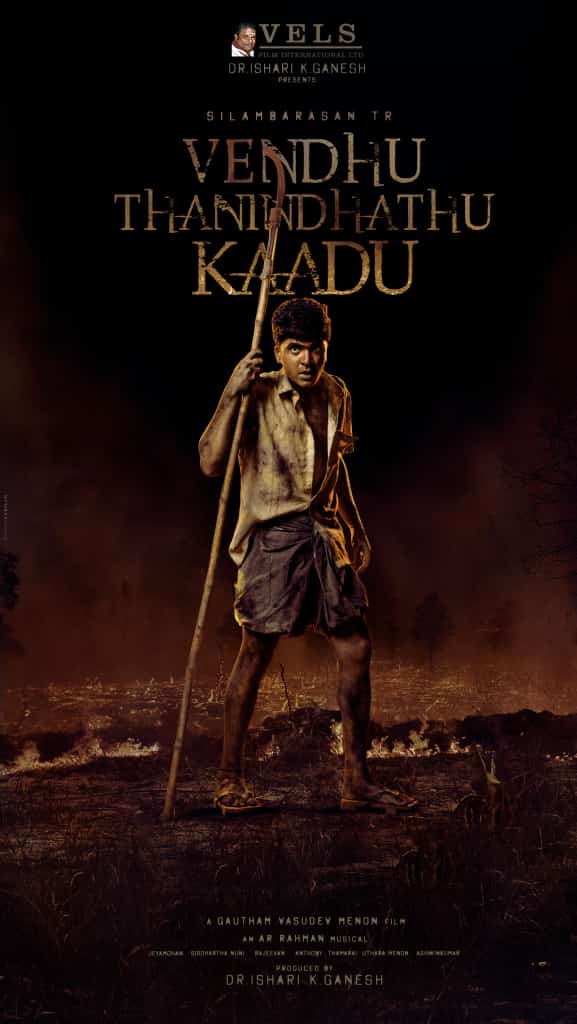 A true multifaceted star, Silambarasan has leaped from one blockbuster to another, reeling from the success of hit movies like Manmadhan, Kuththu and Vallavan among others. While the excitement around his next surges among his fans, Vels Film International announces STR 47, titled 'Vendhu Thanindhathu Kaadu', which brings back the cinematic trio of Simbu, film director Gautham Menon & Oscar-winner A. R. Rahman.

The banner now unveils the first look of film that hints towards the character Silambarasan will be seen essaying in the action drama directed by Menon and with music by maestro A R Rahman. The first glimpse of the prospective blockbuster captures Simbu in a look never-seen-before and it is sure to make netizens wonder about his role in it. The star has evidently lost weight and undergone a tedious makeover for Vendhu Thanindhathu Kaadu.

Excited to offer the news of his next, Simbu took to his social media to share the first look of the upcoming Tamil film which will be dubbed in various other languages.

Director Gautham Menon, A. R. Rahman and Simbu have reunited for STR 47 after their hit films Vinnaithaandi Varuvaayaa and Achcham Yenbadhu Madamaiyada. The said film marks the third collaboration of the actor, music director and film director trio that has delivered memorable cinema in the past. Premised on a gritty subject, Simbu's forthcoming film is an absolutely raw, realistic and hard-hitting action drama.

The star's other upcoming projects include Pathu Thala directed by Obelli Krishna and Corona Kumar directed by Gokul. 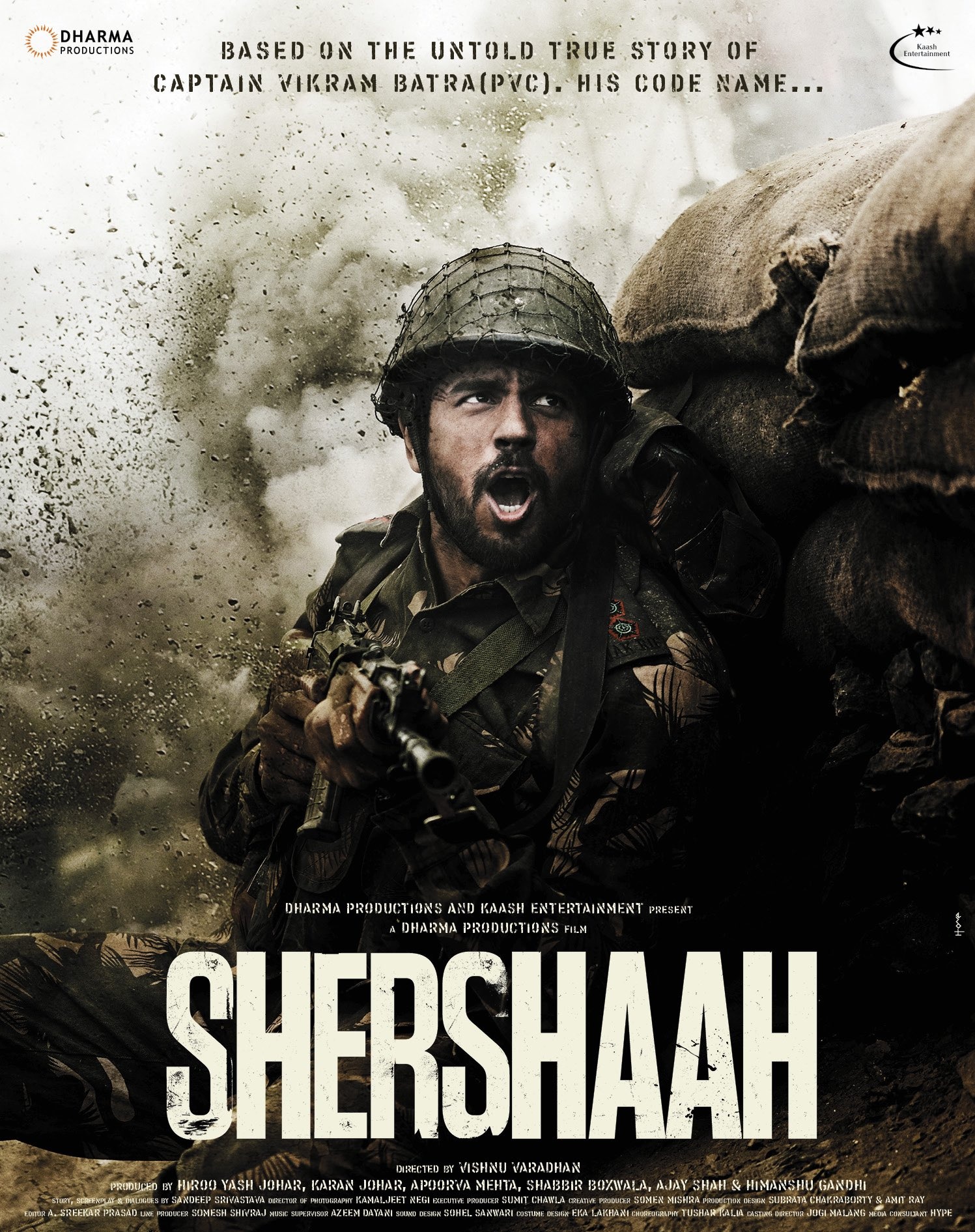 Sidharth Malhotra has been garnering immense appreciation for shouldering the brave role of Captain Vikram Batra in the much-anticipated film, Shershaah. Over the past few years, Sidharth spent a lot of time with Vikram Batra's friends and family to understand him better.

The actor's meeting with Vishal Bhatra, Vikram Batra's brother gave him the vision to create a film on his inspirational journey.

Vishal Batra and his family were keen on Sidharth Malhotra playing Vikram Batra in the film, Vishal Batra shares, "When we met Sidharth for the first time we felt he had a lot of similarities with Vikram. During the course of our interaction with him, we found out that he was a very good human being, very humble, passionate, and a loving guy. Hence we thought he was a perfect choice to play Vikram's role."

Sidharth Malhotra has seamlessly pulled off two very different looks in the film and his natural performance is winning everyone's heart. Talking about Sidharth Malhotra's performance Vishal Batra shares, "Since this is the first time Sidharth is playing the role of a real character in his career, I believe it was very important for him to get into the skin of the character. Since Vikram is generally known as the Shershaah, it was important for Sidharth to see the other side of Vikram's life, as a student, as a soldier, as an army officer, and definitely as a brother and a son. Sidharth did a lot of hard work in understanding Vikram to the entirety. He interacted a lot with his friends, family members, and personally with me to understand Vikram's character, and I believe he has done a wonderful job and people will really love the action he has done in the movie." 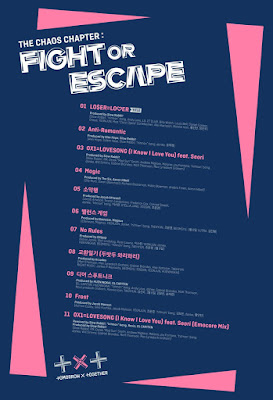 Gen Z ‘It’ boys TOMORROW X TOGETHER (SOOBIN, YEONJUN, BEOMGYU, TAEHYUN, HUENINGKAI) have revealed the tracklist for their repackaged second studio album, The Chaos Chapter: FIGHT OR ESCAPE. The album is slated for release on August 17.

“MOA Diary (Dubaddu Wari Wari)” is TOMORROW X TOGETHER’s first fan song dedicated to MOA who have supported them through thick and thin. In this track, the band logs their everyday thoughts and feelings in an “exchange diary” with MOA and experiences magic in the sharing of their emotions. The song’s lyrics were penned by the five members.

Gen Z ‘It’ Boys TOMORROW X TOGETHER charted their previous album at No.5 on the Billboard 200 where it has remained in the chart for eight consecutive weeks to date, and its English track “Magic” became the #1 Most Added on Mediabase Top 40 Add Board on June 1. The band will reveal their album preview on August 11.